Retulp is a social enterprise with the aim to reduce litter and combat the plastic soup. We want to set a good example, create awareness and encourage reuse. We do this by bringing trendy, useful and reusable products on the market as an alternative to plastic disposable products. We organize awareness projects and provide education at schools. 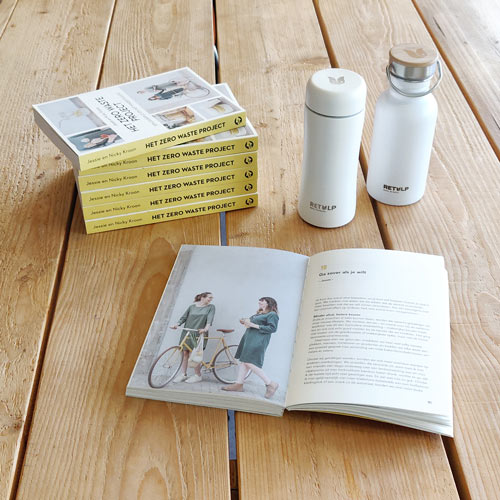 Retulp wants to ensure that plastic waste in nature and in the oceans is greatly reduced. After all, the plastic soup is still expanding. We believe that the first step is to make sure that less plastic is thrown away. Prevention is even better than recycling!

In our oceans and seas, more and more plastic waste is floating. The so-called 'plastic soup'. Weathering, sunlight and wave action cause this plastic to fall apart into small pieces. This leads to serious pollution. The oceans cover 72% of the earth's surface and are our main oxygen suppliers. For more than half of the world's population, the ocean is the main source of food.

Plastic does not decompose by biological means. Toxic substances are also released from plastic. All kinds of animals that live in or off the sea, even the tiny plankton, mistake plastic waste and microplastics for food. This is deadly for them. The often toxic waste also penetrates our food chain. The vast majority of this pollution comes from the land. Plastic waste that does not enter a waste management system, for example because it has not been thrown into a bin, finds its way to the sea through rivers and other waterways. Also, plastic waste on land is very harmful to animals and nature.Some facts:

Tap water is the cheapest thirst quencher in the Netherlands and incredibly healthy. The Dutch drinking water companies supply tap water of superior quality. When we make more use of tap water instead of bottled water, moving plastic water bottles from one country to other countries becomes unnecessary. When we all drink more tap water instead of bottled water, this saves mountains of unnecessary disposable plastic water bottles every day.