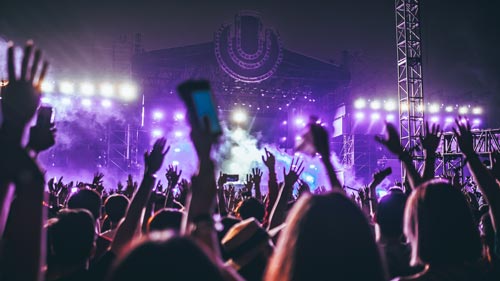 Every year 700 festivals are organized in the Netherlands, which together attract over 21 million visitors. Unfortunately, it causes also a huge amount of waste. On average, 2.33 kilograms of waste per person remains on the festival site. Hundreds of millions of disposable plastic cups are used at festivals, 99% of which are not recycled. 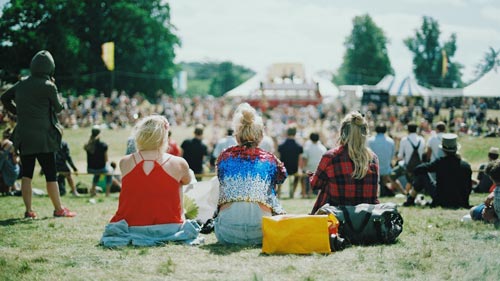 The sound of crackling plastic cups under your feet is nowadays considered normal at festivals. Afterwards, mountains of plastic bottles, cups and crockery will remain. Now, a lot is being tried to organize festivals more sustainably. For example, an attempt is made to reduce waste and to recycle it better afterwards. 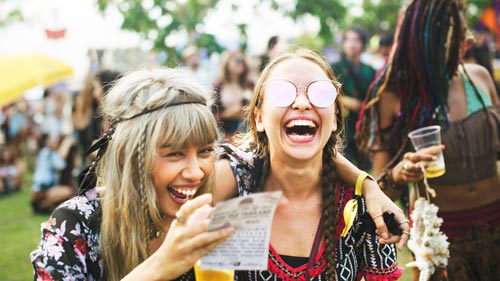 “Zwarte Cross” goes for a logo-free RPET cup
Our new RPET cups are like karma: it haunts you! Perhaps you will have it in your hand again at the Zwarte Cross next year, but then the new, recycled version. Our logo less RPET cups are collected and processed into, among other things, new cups. All our beverage partners cooperate with this and abandon the use of the logo, because cups with ink cannot be recycled into new cups.”In addition, this cup must be thrown in the right bin and not on the ground for proper recycling.

Festival ‘Zwarte Cross’ and other festivals such as Lowlands, Awakenings,   ‘Vierdaagsefeesten’, Mysteryland and Loveland have joined the “Plastic Promise” to promote reuse together and recycle plastic cups with high quality. 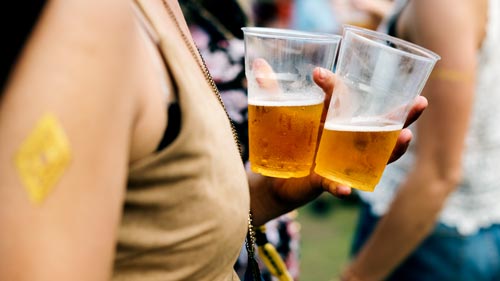 Some festivals, such as Glastonbury, are banning plastic bottles and cups altogether. Visitors are not refused if they bring plastic bottles, but they are strongly advised to bring a reusable drinking bottle! Many festivals also come with a middle ground where disposable plastic is replaced by hard cups with a deposit system.

Despite these measures, a lot of waste still ends up on the festival grounds. That is not surprising, because a festival is simply a place to escape from everyday life. That is why it is important to make people aware of the waste around them and what they can do about it. A clean and tidy festival site provides a much nicer atmosphere for everyone! 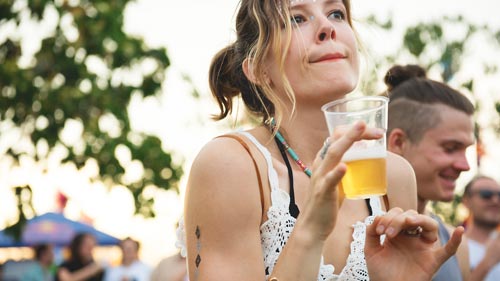 “Fantastic design! The bottle fits well in the hand and coffee stays warm.”

“The mission of Retulp is of course fantastic, and their products especially! The service of Retulp, the contact, nobody will be disappointed!”

“We received a message from Retulp that together with them we have now donated 900,000 liters of water to people in need. Thanks for this great collaboration!”

“High-quality products from a company with a clear and social vision!”

“Super nice Dutch product with clear ambition: reducing plastic bottles and giving back drinking water. It always starts with 1 step in the right direction and I think that Retulp is making big steps. In addition, top service and quality product so I am very satisfied!”

“The mission of Retulp combined with the beautiful design of the bottles are a great gift for us as a company. The missions of our heroes (companies) connect and that ensures enthusiastic reactions among the recipients :-)”

“Retulp fits well in our assortment, the themed bottle is of high quality and the look matches our company.”

“We sold the super nice thermos from Retulp with a nice Grasnapolsky print at the festival’s merchandise. That way our audience could drink their coffee in a sustainable way during the event and they have a super nice and sustainable memento of the festival, something that we like to be associated. The contact with Retulp went very smoothly and the product was delivered super fast.”

“For me, Retulp stands for quality, originality and sustainability.”

“With Retulp as part of our Christmas package for employees, we not only rewarded employees with a beautiful cup, but also – very important – contributed to clean drinking water.”

“The initiative of Retulp for a sustainable product and donating water to third world countries was a reason for Compagnon to purchase the product. Our experience so far has been very positive and we want to continue to purchase drinking bottles in the future.”

“Great product. Nice personal contact, flexible and happy to think along with you.”